The Story Behind it All

An Introduction to the Origins of Marvel and DC Comics 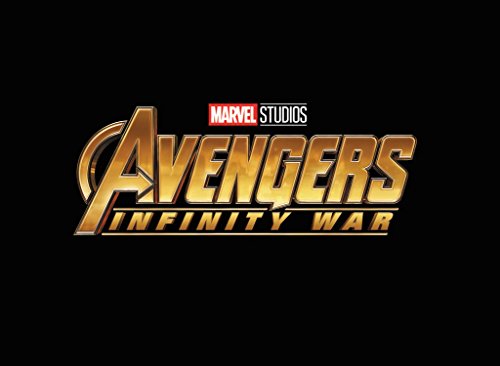 A Brief Introduction to DC Comics.

In June 1938, Action Comics #1 hit the news-stands, and introduced the first official Superhero, Superman, the creation in 1933 of two high school students, Joe Shuster and Jerry Siegel. The catch phrases ‘faster than a speeding bullet’ and ‘Is it a bird? Is it a plane?’ are still popular today. He became popular with young and old readers and fans alike. Superman was soon to be followed in Detective Comics (DC) by Batman and Robin then Wonder Woman.

The DC Comics Universe -DCU, has been divided and categorised into several ages and timelines.

The Silver Age – introduces a reinvented new era for The Flash as Barry Allen. Also Barbara Gordon, also known as Batgirl joins the team.  Appearances follow by Aquaman, Captain Comet and Superboy. And the Justice League of America JLA is formed. And the Multiverse is created.

The Bronze Age – welcomed in by Batman’s ‘The Secret of the Waiting Graves’. The Teen Titans also make an appearance. Green Lantern and Green Arrow face a plethora of ‘modern’ social problems. Also the introduction of the New Gods, with Highfather and Darkseid battling around New Genesis.

The Dark Age – Batman ‘The Dark Knight’ is presented to a more mature audience with darker material. The Suicide Squad are introduced and The Watchmen make a big impact. Harley Quinn features in Batman The Animated Series. Superman is killed and then resurrected while battling the inimitable Doomsday.

The Modern Age – Darkseid and his allies conquer Earth and ‘kill’ a lost in time Batman, who eventually, finds his way home. Superman, battles to stop the forces of Darkseid.  Undead Black Lanterns face a group of New Lanterns who stop the Blackest Night. Superman’s origin is retold and Wonder Woman’s  story is revisited. Batman embarks on Year Zero. Many DC characters get a make-over including Wonder Woman’s fantastic new costume.

There is no precise date to the ages, and the characters weave in and out of the timelines. Heroes and Villains are constantly being revised.

“It’s almost impossible to describe the feeling of pride, mixed with disbelief, that I feel when I realise how many great movies, video games, DVD’s, toys and books are based on these Heroes, Villains and far-out stories which we, in the Marvel bullpen, had so much fun creating.” Stan Lee

Martin Goodman founded the company Timely Publications in 1939. In October of that year, Timely’s first publication, Marvel Comics #1 was released, it introduced Android Superhero ‘The Human Torch’ and ‘Namor the Sub-Mariner’. In March 1941 the team of Joe Simon and Jack Kirby introduced ‘Captain America’.

Goodman employed his wife’s cousin, Stanley Lieber, as an office assistant in 1939. In 1941 Goodman made Lieber, working under the name Stan Lee, an interim editor, and he kept this position for many years. Stan contributed to a number of different titles for Timely.

Marvel Comics appeared as Marvel Mystery Comics in around 1944 also, some editions between 1946-47 were labelled A Marvel Magazine, but the name was adopted officially in 1961.

In a Nov 1961 release, Stan Lee, now writer-editor, completely revolutionised comics by introducing superheroes that appealed to older readers. Modern Marvel’s first superhero team, appeared as stars of The Fantastic Four #1 (Nov. 1961). This introduced ‘Mr. Fantastic’, ‘The Thing’, ‘The Human Torch’ and ‘The Invisible Girl’ to the fold. Soon after came ‘The Amazing Spiderman’ and ‘The Hulk’.

‘The Amazing Spiderman’ was released mid 1971 and was originally a series of three stories commissioned by the ‘United States Department of Health, Education and Welfare’ but the Comics Code of Authority refused to approve it.

Alongside many of the Superheroes and Villains under Cadence Industries ownership many other Series were published including Conan the Barbarian, Howard the Duck, Battlestar Galactica, Star Trek and some of the early Star Wars titles.

Marvel Entertainment Group ownership had setbacks after many of the artists moved to Malibu Comics – artists work included Spiderman, X-Men, Wolverine and Guardians of the Galaxy to name but a few. Eventually Marvel bought Malibu as well as other top distribution companies of which some failed.

Marvel Enterprises was formed after Toy Biz bought out the group to prevent bankruptcy. Some of the new showcases included Daredevil and Black Panther. Some Spectacular movies were produced including X-Men, Spiderman, Blade and Men in Black franchises during the late 90’s and early 2000’s. In 2007 Marvel Digital Comics Unlimited gave access to over 2500 back issues.

Disney Conglomerate acquired Marvel Entertainment for $4 Billion and there have been many well documented legal disputes. Needles to say movies have been released including – Thor: Ragnarok, Spider-man: Homecoming, Guardians of the Galaxy Vol. 2 and Logan.